This is a 58 year old non smoker who had intermittent gross hematuria for one year. He did not have a good reason for not seeking medical attention. He was able to function with his usual activities over this time.

In July 2020 he dislocated his shoulder and was seen in the emergency department. He mentioned the fact that he had hematuria and this led to a CT scan and a subsequent urology consult. His laboratory studies were surprisingly normal with the exception of mild anemia. His renal function was normal. The scan indicated a large bladder mass consistent with bladder cancer (Fig. 1–3). There was no hydronephrosis or metastasis. The chest imaging was normal.

CT scan indicates no hydronephrosis or lymph node enlargement. There is a large bladder mass. 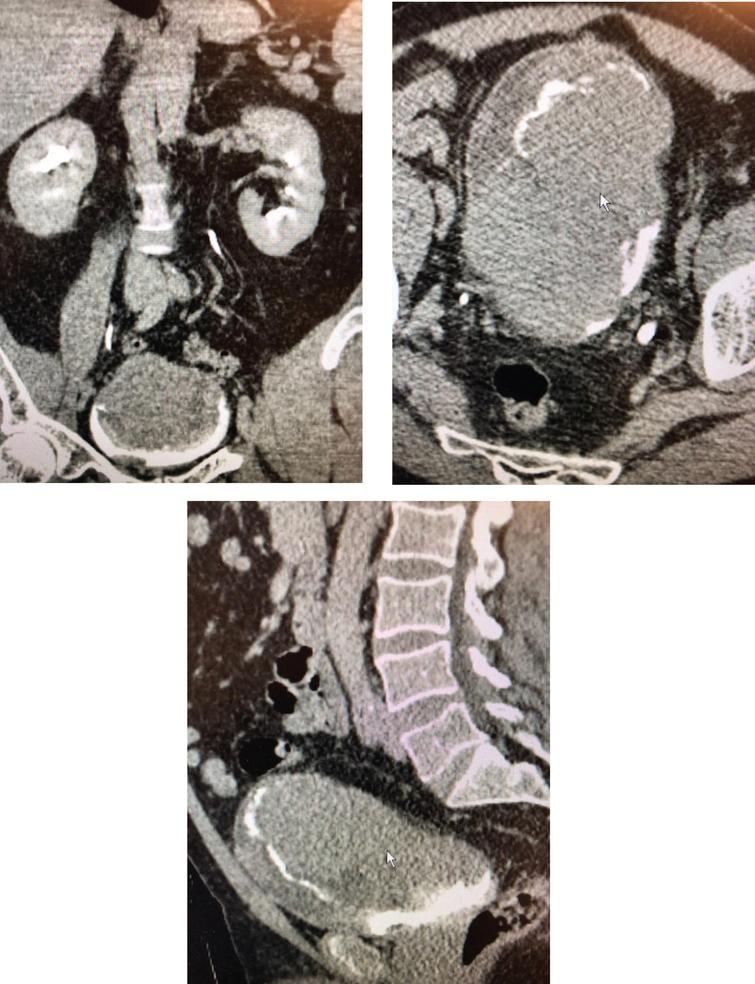 Cystoscopy revealed extensive papillary bladder tumor which occupied most of the lateral and posterior walls of the urinary bladder (Fig. 4–6). Many of the tumors were large and it was not possible to resect the tumors transurethrally. The pathology indicated the tumors were primarily high grade Ta with some areas of invasion into the lamina propria, T1. Given the size and extent of the tumor burden I was unable to significantly reduce the tumor burden. I did not attempt to obtain muscle in the specimens as I did not think it would change the management. 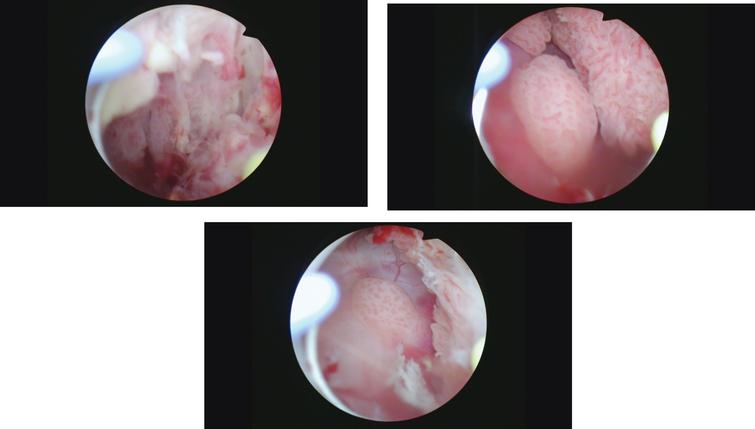 A radical cystoprostatectomy was performed in July 2020 (Fig. 7). The bladder had extensive tumor as expected. The urinary diversion was an orthotopic neobladder. The pathology was HG T1, N0. His postoperative course was uneventful.

Cystoprostatectomy specimen indicating the very extensive tumor growth occupying much of the bladder. 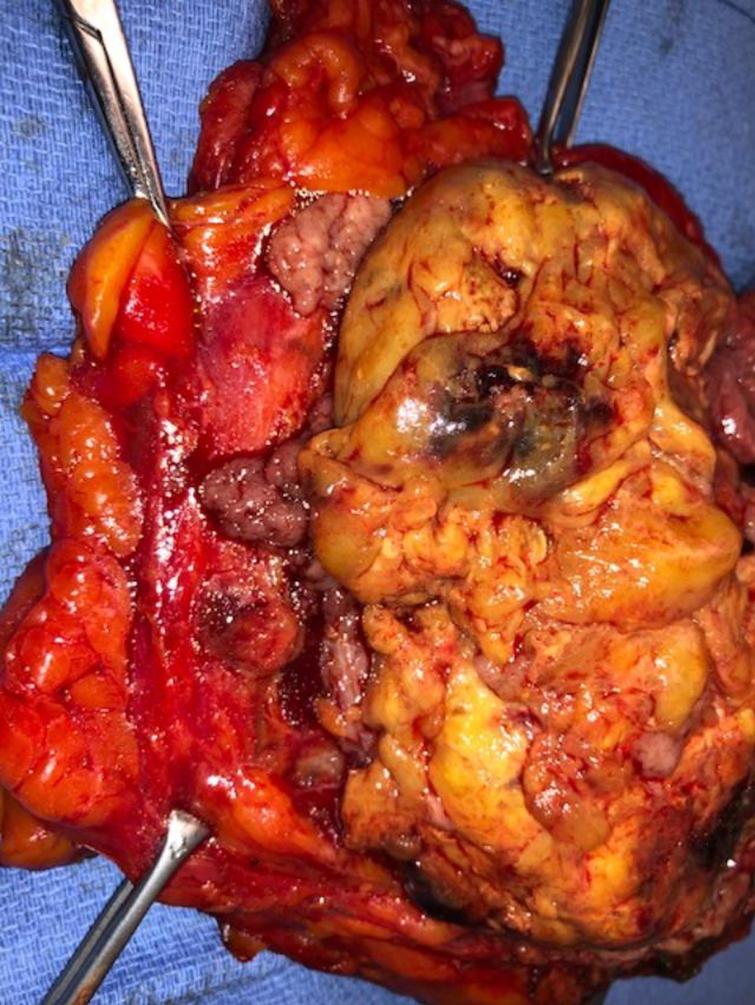 He was able to void satisfactorily. His renal function remained normal. A renal ultrasound and office flexible cystoscopy were normal in February 2021. In May 2021 he came for a routine visit and stated he was having difficulty emptying the neobladder. I performed a flexible cystoscopy and saw papillary tumor located at the right side of the neobladder urethra junction. A transurethral resection was performed and the tumor was removed with bipolar loop resection followed by the button electrode (Fig. 8–10). The pathology was low grade Ta.

Papillary tumor at the junction of the neobladder and the urethra. 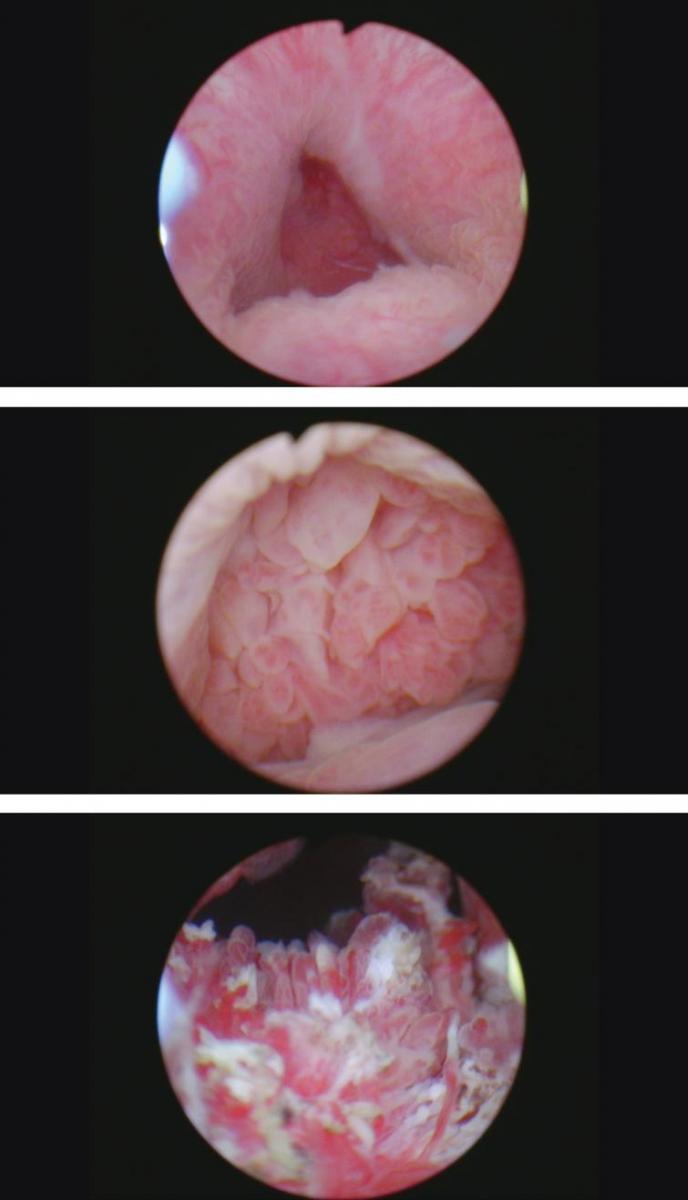 The patient resumed his usual activities. He had a large residual urine so intermittent catheterization was begun.

A follow up cystoscopy in August 2021 again revealed papillary tumor occupying the junction of the neobladder with the urethra. Once again a careful transurethral resection/fulguration was performed (Fig. 11, 12). The pathology this time was high grade Ta (Fig. 13, 14). There was no invasion. An MRI post resection did not identify a mass in the junction of the neobladder and the urethra. 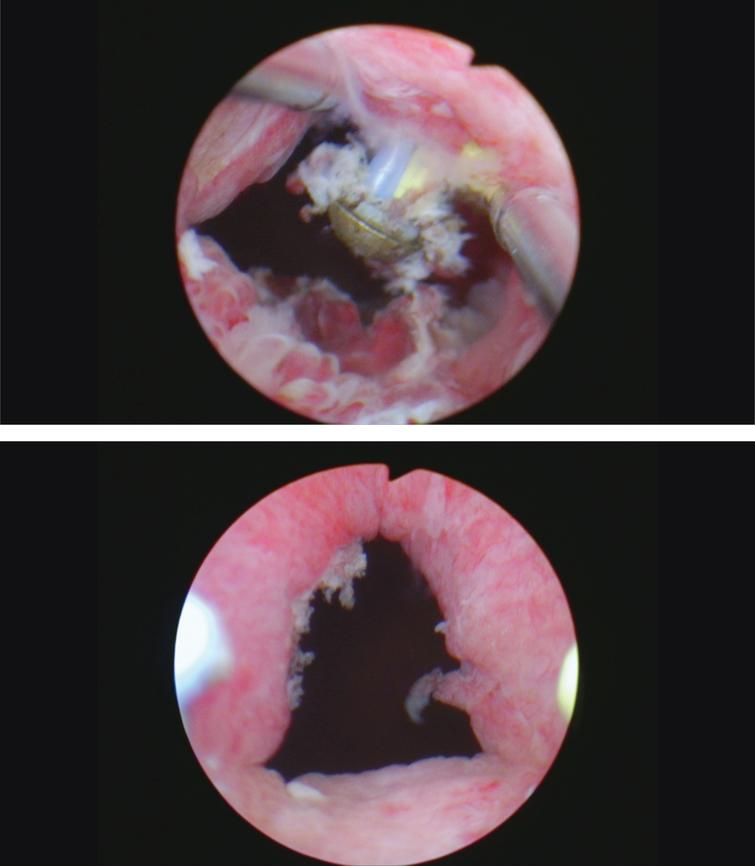 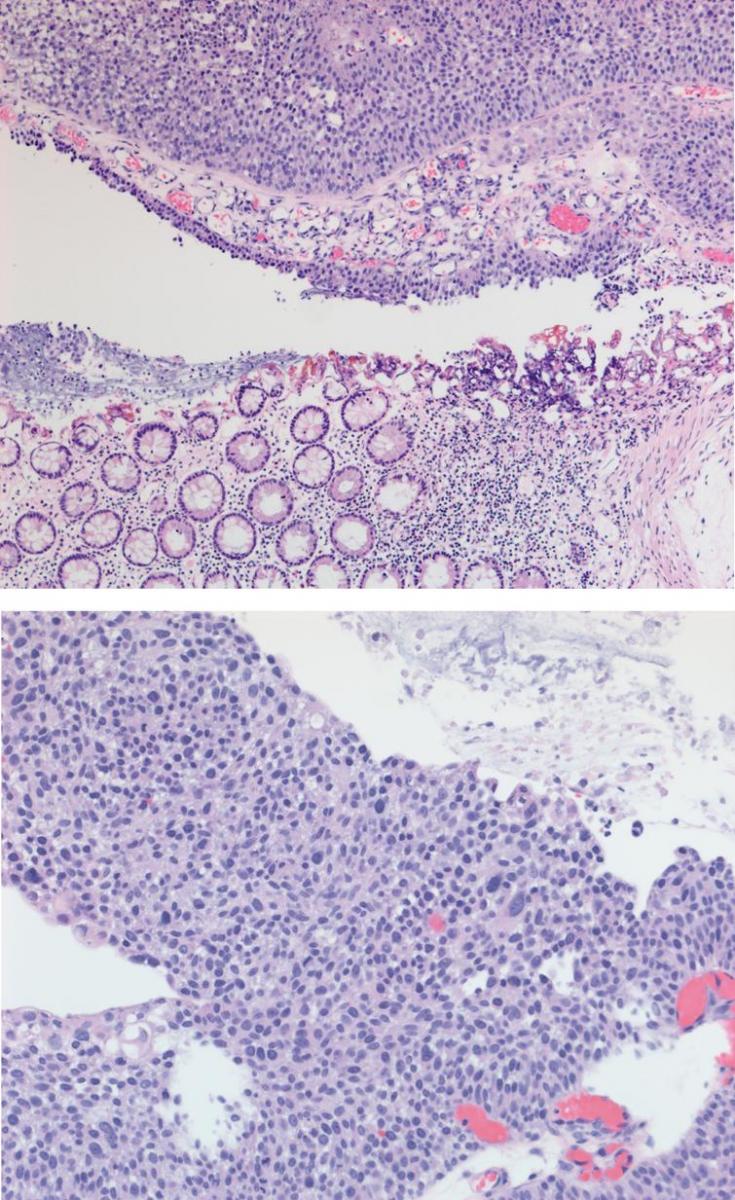 What are the treatment alternatives? Is there a chance the patient can avoid removal of the neobladder and urethra? I polled a number of my colleagues around the globe and only a couple had encountered this scenario. Intravesical therapy with either mitomycin or gemcitabine or alternatively BCG was suggested. Might a course of systemic immunotherapy with a PD1 or PDL1 inhibitor be reasonable?

Radiation therapy may also be an option for local control and neobladder preservation.

Written informed consent for publication was obtained from the patient.

The author has institutional review board approval for reviewing bladder cancer cases for outcome (MHS.2020.026).